T helper 17 (Th17) cells belong to a group of T cells with essential functions in autoimmune diseases and inflammation. 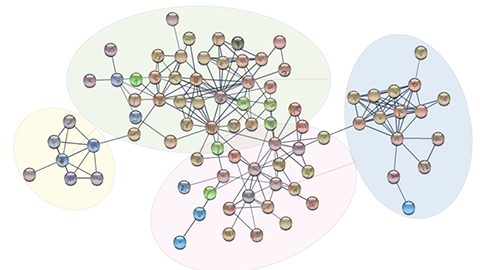 T helper 17 (Th17) cells belong to a group of T cells with essential functions in autoimmune diseases and inflammation. Regulatory T cells (iTregs) are T cells with a suppressive function to maintain self-tolerance and prevent autoimmune responses. Researchers from Turku Centre for Biotechnology and Aalto University together utilised the advanced technology called label-free quantitative proteomics to identify the proteomes of Th17 and iTreg cells.

​Proteins are one of the major biomolecules that form the functional and structural entity of a living cell. Mass spectrometry-based quantitative proteomics can be used to determine the set of proteins expressed by a cell, tissue, or organism at a certain time.

The immune system defends the body against harmful pathogens and tumours, and also provides self-tolerance. T helper cells are major components of the adaptive system, and they play critical roles in controlling immune reactions.

During her postdoctoral study at the National Institutes of Health (NIH), USA, Dr. Zhi Chen started working on Th17 cells, a subset of helper T cells with an important role in autoimmune inflammation.

– We also combined analysis of proteome and gene expression data and discovered protein expression changes that were not associated with changes at the transcriptional level, says Chen.

– These identified proteins can potentially be targeted in immunotherapy, especially in disease conditions like cancer and autoimmunity, believes Chen.

The research is funded by grants from Academy of Finland and TEKES.

The study is published in the journal PLoS Biology.