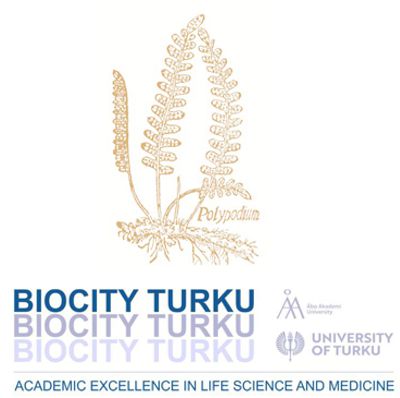 In the context of the 30th BioCity Symposium (19th–20th August 2021), the seventeenth Elias Tillandz prize will be awarded for the best life science paper published in 2020 in Turku.

BioCity Turku asks for proposals for the prize to be submitted by email to coordinator Maija Lespinasse (biocityturku@bioscience.fi) by February 26th at 16:00 at the latest. The proposal should include a short (max. 200 words) letter and the publication, both together as one pdf file.

The proposed papers should have been published during year 2020 based on either electronic publication date or cover date of the printed magazine. The topic of the publication should be in the area of life science or molecular medicine or any other closely related field. Turku scientists (working in the University of Turku, Åbo Akademi University or other research institutes in Turku) should have a dominant role in the publication both as junior and senior authors and most of the research work should have been conducted in Turku.

The prize has been named after Professor Elias Tillandz (1640-1693) who was the first empirical life scientist in Finland. Elias Erici Tillandz (or Til-landz, originally Tillander) was born in Sweden. He was a student in the Academy of Turku (1659) and the University of Uppsala (1663-1668), and later continued his medical and life science studies in Leiden (the Netherlands) where he defended his doctoral thesis “De atrophia” (1670). Very shortly after that he was nominated as the professor of medicine in the Academy of Turku.

Elias Tillandz has been considered to be the “father of botany” in Finland because he published in 1673 the first botanical study, “Catalogus plantarum, tam in excultis, quam in cultis locis prope Aboam superiore aestate nasci observatarum”, and also because he established the first academic botanical garden in Turku (1678). His book was the first academic publication in Turku which was based on scientist’s own observations. Elias Tillandz was also an active anatomist. He organized the first public anatomical dissection of a human body (1686) and published an introduction to medicine entitled “Disputatio medica isagogicen comprehendens” (1673). In addition to being interested in the medicinal value of plants, Elias Tillandz studied the use of water from the spring in Kupittaa in the treatment of diseases. Elias Tillandz was elected twice to be the rector of the University, and he died in Turku in 1693. Sixty years later the famous Swedish botanist Carl von Linné (1707-1778) honored the memory of his Turku colleague by naming a large genus of American plants, the “Tillandsia”, after him.

BioCity Turku is operating on the same campus area where Elias Tillandz initiated empirical life science in Finland. His life’s work was a combination of medicine and biology, and his research also aimed at new innovations in the treatment of human diseases. Today the scientific research in BioCity Turku follows the same avenue.