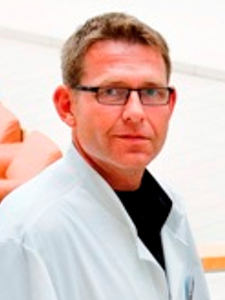 Description of the research 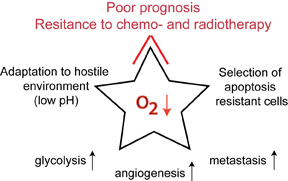 Hypoxia is a common feature of solid tumors where it causes resistance to apoptosis and enhances tumor growth and metastasis. On cellular level the main component regulating responses to hypoxia is a transcription factor termed hypoxia-inducible factor (HIF). HIF in turn is hydroxylated by prolyl hydroxylase enzymes (PHD) 1-3 leading to targeting of HIF for proteasomal degradation by von Hippel-Lindau tumor suppressor protein (pVHL). PHDs may control cancer growth by targeting other molecular targets besides HIF.

Clear cell carcinoma is a common form of kidney cancer characterized by loss of function of pVHL. Defective function of pVHL leads to ablation of the proteolytic regulation of HIF thus making hypoxia signaling pathways constitutively active in RCC. Due to the constant HIF-mediated signaling in RCC one of the PHDs, namely PHD3, is strongly upregulated in RCC.

We are investigating the functions of PHD3 in RCC and its role in regulating cell fate as well as cell cycle under hypoxic conditions. Moreover, we are characterizing other VHL-dependent changes in RCC formation .