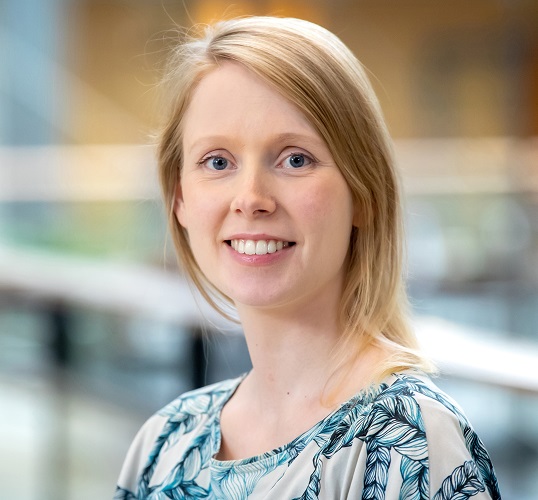 Essi Laajala’s doctoral research within the University of Turku showed for the first time that gene expression differences can be detected very early between children who develop type 1 diabetes and those who remain healthy. Some differences were present even before the emergence of autoantibodies that precede the onset of type 1 diabetes. A better understanding of the early molecular mechanisms of type 1 diabetes is the key to develop methods to prevent the disease.

Within her doctoral studies, Essi Laajala observed gene expression changes in blood that correlated with the onset of type 1 diabetes years later in a follow-up cohort of Finnish children.

– Importantly, our main observations were confirmed by an independent German study. According to both studies, the most prominent expression differences were observed in type 1 interferon genes, which are part of viral defense. To some extent, these observations strengthened the hypothesis that some virus infections might increase the risk of type 1 diabetes, Laajala says.

Type 1 diabetes is an autoimmune disease, where the body’s own immune cells destroy insulin producing beta cells in the pancreas. Without insulin, the body is unable to utilize sugar (glucose) which remains in blood and causes blood vessel damage in the long run. Symptoms of type 1 diabetes can be kept under control through diet, careful monitoring of blood sugar levels, and insulin treatment, but the disease has no cure. Despite insulin treatment, type 1 diabetes has serious complications, such as blindness and kidney disease, and the expected lifetime of diabetic individuals is 12 years shorter compared to other people.

Neonatal DNA methylation patterns were not associated with diabetes.

Type 1 diabetes typically manifests as clinical symptoms only after the insulin production capacity of the pancreas has decreased by approximately 90 %. This is preceded by a long asymptomatic period of gradual insulin production decline. Recognizing type 1 diabetes as early as possible during this asymptomatic period would open the way to develop methods to prevent the disease.

Laajala surveyed early molecular mechanisms of type 1 diabetes in blood samples collected from young children. Her study showed that neonatal DNA methylation patterns were not associated with the onset of type 1 diabetes later during childhood. The study of early mechanisms was enabled by a large-scale follow-up cohort.

– My work was part of the Finnish DIPP Study, where more than 12000 children have been followed from birth to 15 years of age. Approximately 500 of these children have developed type 1 diabetes during the follow-up. I went back to their earliest samples to find out, whether any changes could be observed in their gene expression or DNA methylation patterns, as compared to children who remained healthy, Laajala explains.

Professor Lude Franke (University Medical Centre Groningen, Groningen, the Netherlands) has been nominated as the opponent, and professor Riitta Lahesmaa (University of Turku) as the custos. The language of the dissertation will be English. The field of study is medical microbiology and immunology.

The University of Turku actively follows the pandemic and government regulations and updates its policies accordingly. Newest instructions can be found in: https://www.utu.fi/en/information-on-coronavirus

Photo of the doctoral candidate: https://apps.utu.fi/media/vaittelijat/laajala_essi.jpg